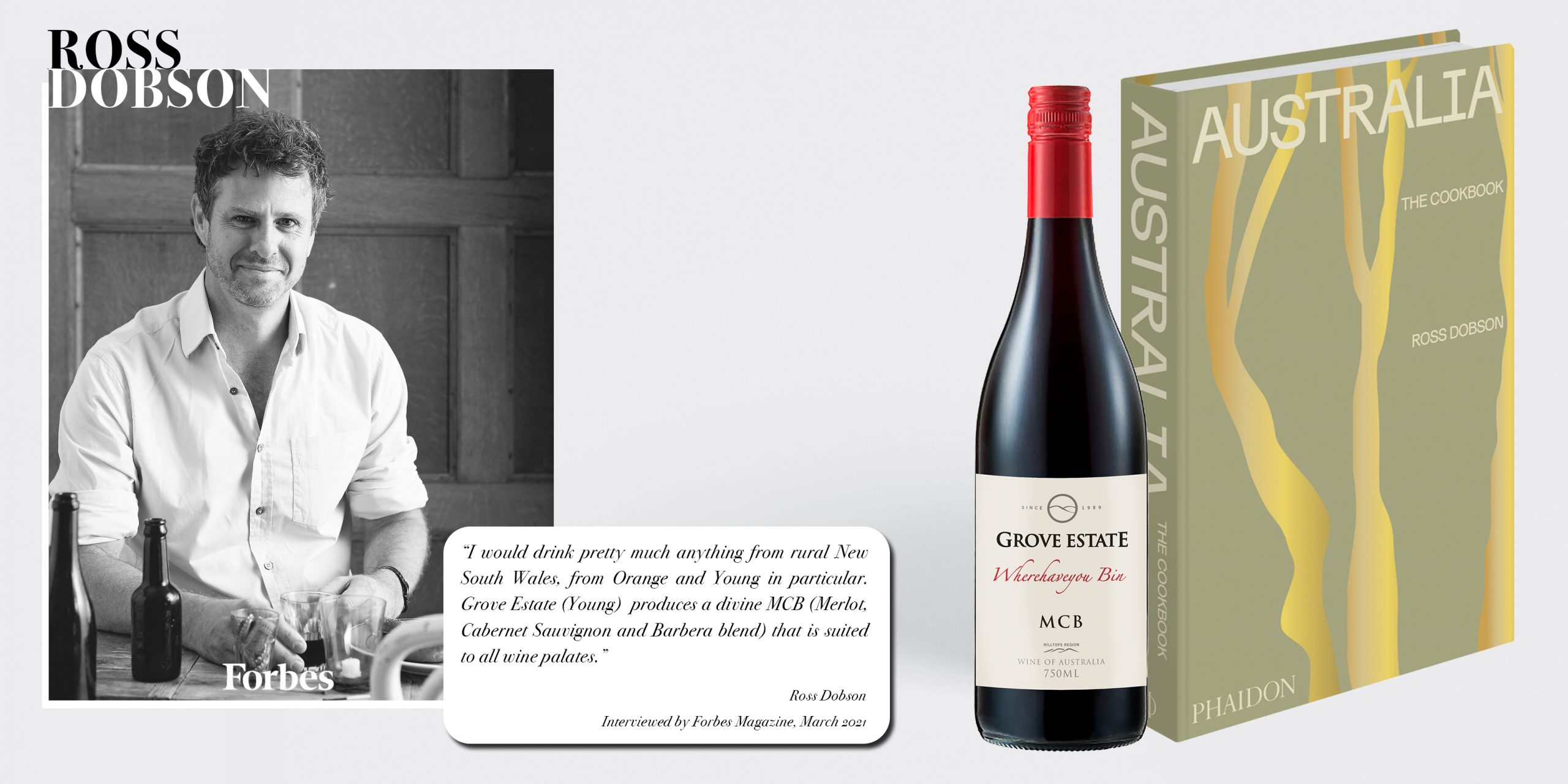 Ross Dobson, is a local Sydney chef and prolific cookbook author with 13 books to his name, including Australia – The Cookbook . Dobson is known for opening iconic dining spots; Café at Lewers at the Penrith Regional Art Gallery, and The Union Tapas Bar. He has more recently started a new chapter in his career operating Cafe Royce, creating healthy and nutritious food and better dining experiences for the residents of The Royce.

In a recent interview with Forbes Magazine when asked “What is your favourite Australian wine(s) and why?” – Dobson is quoted as saying:

“I would drink pretty much anything from rural New South Wales, from Orange and Young in particular. Grove Estate (Young) produces a divine MCB (Merlot, Cabernet Sauvignon and Barbera blend) that is suited to all wine palates. I’m a cheap drunk! But seriously, I discovered this about 10 years ago and it still remains a top choice of mine that pairs with the food I eat, year round”.

Forbes is a famous Magazine often described as the ‘Magazine of Magazines’. The Magazine is based in New York and discusses topics such as Business, Finance, Marketing, Investing, Politics, Law, Science, Technology, and many more other Commercial Fields. The first issue was published over 100 years ago.

Forbes is one of the richest American companies in the world and we are told that this interview with Ross Dobson, that mentions Grove Estate Wines could potentially reach over 7 million readers!

Click here to read the entire article in Forbes Magazine.

Please forgive us if we are feeling a little bit famous in our quiet country vineyard in the Hilltops Region today! 😊

Join Our Newsletter Below